Opening of the largest solar panel roof in The Hague

Being green and sustainable is becoming more important for the businesses, not only that it is also becoming more important for the public. This is also shown by the Dutch government by wanting to reduce the carbon footprint of the country, one of the solution is using green energy instead of the normal electricity. We at GIA Trade & Exhibition Centre also agree with this greener way of thinking, that is why we entered a partnership with One Solar, a supplier of solar panels. GIA Trade & Exhibition Centre provided One Solar with a large empty space on the roof of the building, where they could place a large amount of solar panels.

We are honored to have opened the largest solar panel rooftop with the help of One solar, and of course the support from the muncipality of The Hague. By doing this we hope that we can contribute to a greener city in the future. 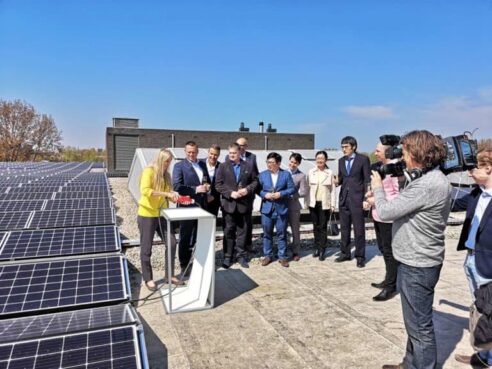